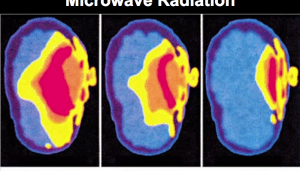 Berkeley’s new Cell Phone Radiation Right To Know Ordinance went into effect on March 21, 2015. In remarks to the council prior to the unanimous passage of the law, City Councilmember, Max Anderson, who championed the Right to Know law said, “The real issue before us tonight is whether or not citizens have the right to information which they can rely on to make decisions. You see a hunger for this information.”

Led by the pro bono defense of Larry Lessig, Harvard Constitutional Law Professor and Robert Post, Dean of Yale Law School, the city prevailed against prolonged industry efforts to block the law. In his testimony to the council, Lessig pointed out, “This ordinance is not about a scientific debate. It is simply about giving Berkeley citizens the information they need to make choices about how they use their cellphones.”